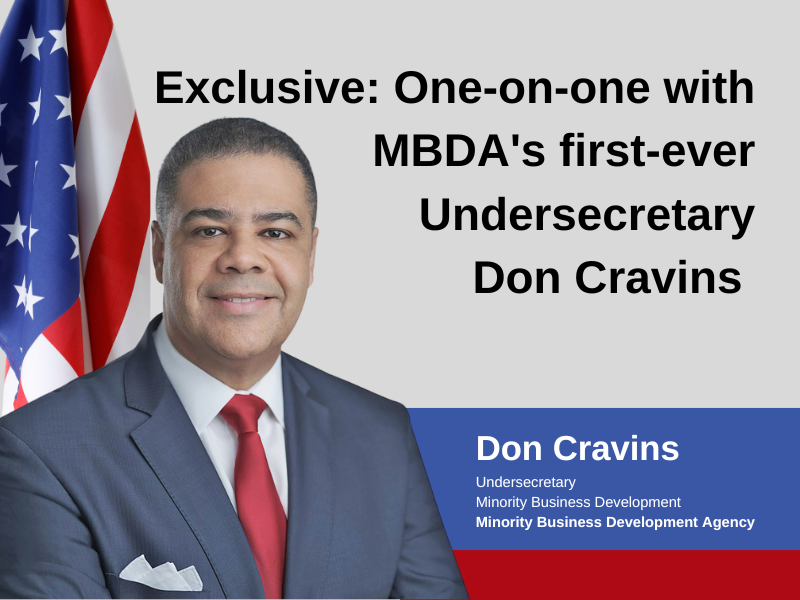 After 52 years as a temporary agency, the United States Department of Commerce Minority Business Development Agency became a permanent federal organization in November 2021 as part of the Infrastructure Investment and Jobs Act. In August 2022, Donald R. Cravins Jr. was unanimously confirmed as the agency’s first undersecretary of commerce for minority business development.

He previously served in the Louisiana state legislature where he advocated for small and minority-owned businesses in the wake of Hurricanes Katrina and Rita. In January 2009, Cravins left the Louisiana Legislature to serve as staff director and chief counsel for the United States Senate Committee on Small Business & Entrepreneurship, where he played a vital role in the successful passage of the Small Business Jobs Act of 2010.

In January 2013, Cravins became the chief of staff to U.S. Sen. Mary L. Landrieu of Louisiana. At that time, he was the only African American chief of staff in the United States Senate.

Cravins recently sat down for an exclusive interview with MBN USA to talk about his role as the first MBDA undersecretary, what becoming a permanent agency means to MBEs and his optimism about the future of minority businesses.

MBN: What attracted you to this opportunity?

Cravins: Let me start at the beginning. I grew up in Southwest Louisiana, in a relatively rural area. My parents owned and operated a small business there for 40 years, so I had an opportunity growing up to see firsthand the struggles and rewards of entrepreneurship. I saw the traditional struggles that all small businesses face. But I also saw the unique barriers and struggles that African American and other businesses of color face.

I remember those long nights of my parents dealing with the issues and whether they were going to be able to make payroll; would the business survive this year. But I also saw the benefits of entrepreneurship. My parents were able to send me and my siblings to school, to get an education and to achieve our wildest dreams. And so, for me, that is what started me on this path.

My father and I both served in the [Louisiana] state legislature, and even there, he taught me the value of entrepreneurship in the minority community. He showed me that one of the best ways to help people achieve the American dream is to give them the opportunity to be self-reliant, independent and entrepreneurial.

So, coming to work for Sen. Landrieu and the U.S. Senate Committee on Small Business & Entrepreneurship [in Washington, D.C.], that gave me an opportunity to hone my skills.

It’s almost like God put me on a path. I didn’t plan to go work on Capitol Hill when I was younger. I didn’t plan to run the Small Business Committee. Many African Americans never get an opportunity to be the staff director of a standing committee. I was one of only maybe five or six in the history of the United States Senate. Unfortunately, there’s still such a lack of diversity in some of those roles. And, of course, my time at the National Urban League offered opportunities to hone my skills and really focus on minority business issues. So, all of that together, is almost like I was put on the path and this opportunity brought it all together for me.

MBN: How important is it to minority-owned businesses that MBDA is now a permanent federal agency? What does this designation allow you to do that you couldn’t before?

Congress also appointed an undersecretary, which is validating. They could have made the position an assistant secretary, they could have kept it as a national director, which is what it was before. But they were very intentional. They made it an undersecretary, which puts me at the table with decision-makers. It also makes me accountable to Congress. When Congress calls me in and says, “Hey, what are you all doing Mr. Under Secretary?,” I have a responsibility to report back and to notify them about certain issues.

The Act also mandates that we grow our current structure. We’ve got about 73 business centers operating as either business centers or grant programs right now. This Act tells us to expand into rural communities and to be more intentional about expanding to rural communities. And it mandates that we have to do so through minority serving institutions like [historical Black colleges and universities] and Native and Indigenous  universities and programs.

Cravins: This is one of the exciting ways we are growing right now. Last month, we announced the opening of six new business centers in six states we had not served before [Arkansas, Indiana, Oregon, South Carolina, Utah and Wisconsin]. I see those regional offices as an opportunity to build a field organization, and I’m hoping that we can hire some young people who want to make a career in entrepreneurship and do it with the government.

We are recruiting — and I’m saying this to people — young and mature: If you want a career in the federal government, and you believe in entrepreneurship, and people of color, businesses of color, please check out the MBDA.

MBN: How are you preparing the MBDA for success five or 10 years down the road?

MBN: What is your outlook on the future of MBEs and entrepreneurs of color in the United States?

Cravins: I’m ecstatic about opportunities and very hopeful. I have a sense of hope that America — maybe even for the first time — is committed to seeing equity when it comes to our entrepreneurial ecosystem.

I think both parties — Republicans and Democrats — see the value  of the Minority Business Development Agency. Congress could have said, look, the agency has been around for 52 years, it served its purpose. They could have left it temporary. But the fact that Congress said no, no, it’s time to make this thing permanent, and we want to create an undersecretary role for it, I think that shows a commitment. And with the opportunity to rebuild our neighborhoods [thanks to the Infrastructure Investment and Jobs Act], if we can allow everybody to participate who wants to participate, then this could be a turning point for our country. 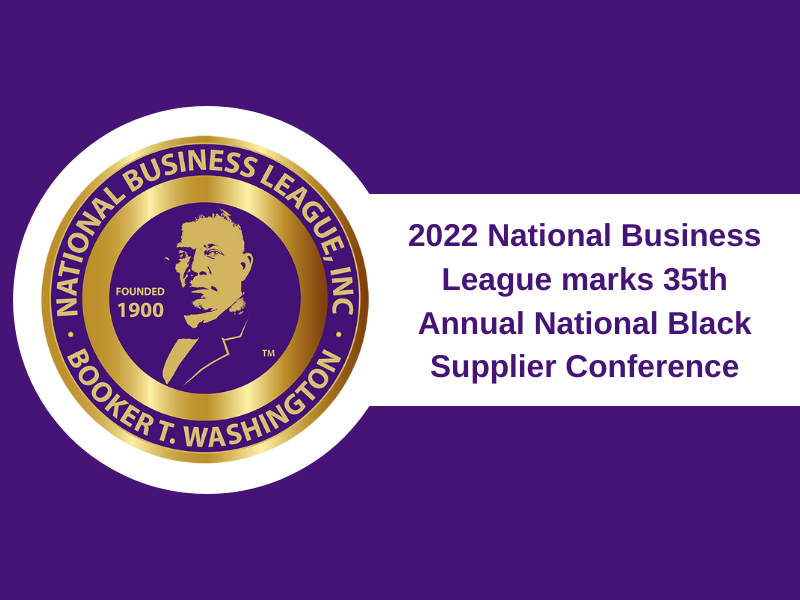 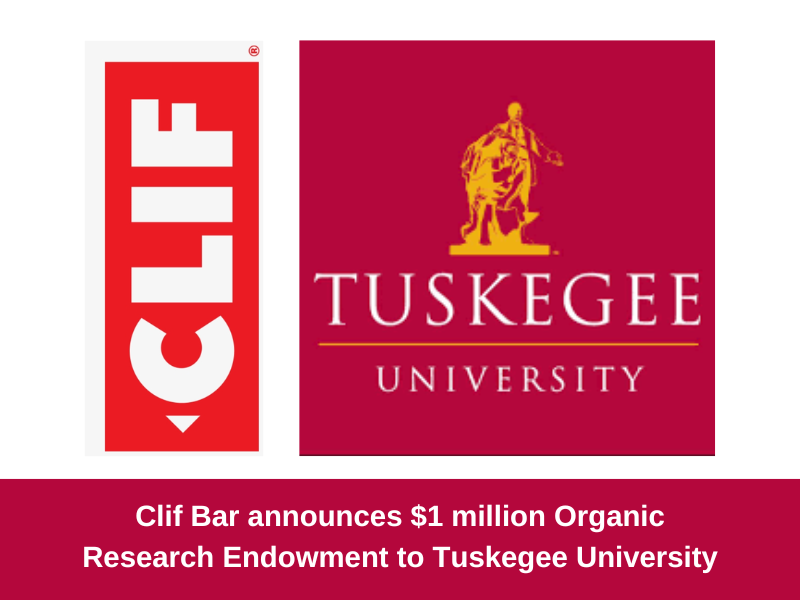 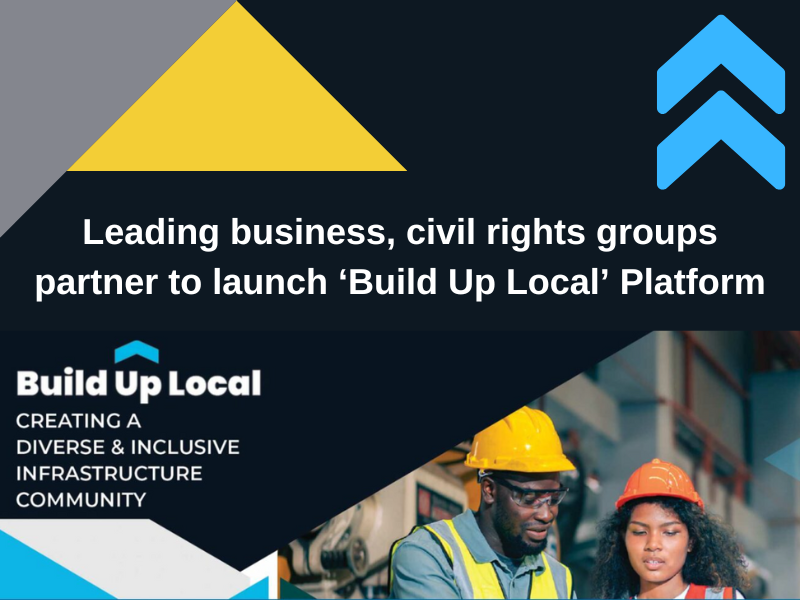