Economic opportunity for all 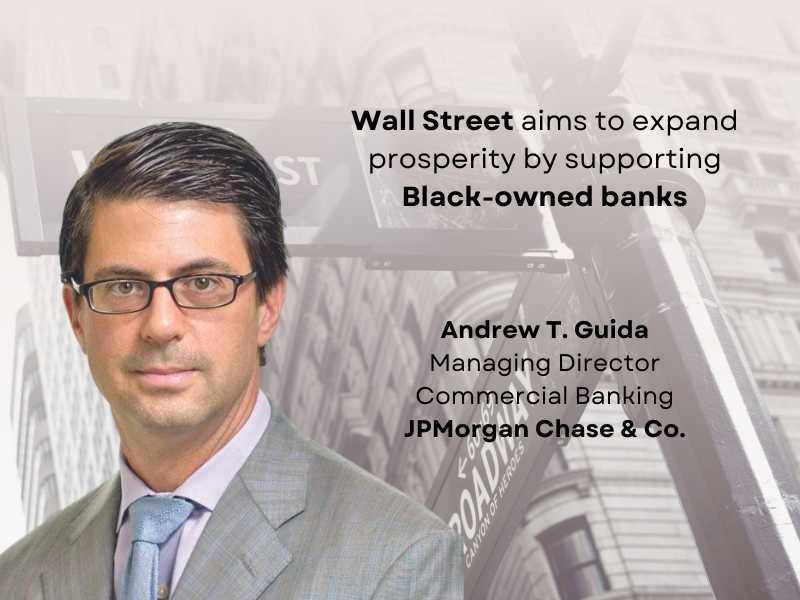 What do John H. Johnson, John D. Rockefeller, Reginald F. Lewis and Mark Zuckerberg have in common? Each business titan used some form of lending to launch their iconic empires. More than 38 years after Johnson became the first Black man on the Forbes 400, or 400 Richest Americans, list, U.S. Census Bureau information reveals Black Americans are still rejected for credit at twice the rate of whites.

Credit is the lifeblood of the American economy. Without capital, individuals and communities are economically anemic. Wall Street stalwarts like JPMorgan Chase & Co. and Wells Fargo & Co. are among several large financial entities that have launched ambitious initiatives aimed at collectively injecting hundreds of millions of dollars into Black-owned banks that are federally recognized as minority depository institutions, or MDIs, and community development financial institutions, or CDFIs. The financial giants are offering capital, deposits and collaborative relationships.

“Our support of MDIs and diverse-led CDFIs is focused on providing additional access to capital, resources and mentorship to help these institutions grow, innovate and positively impact our communities,” said Andrew T. Guida, managing director, JPMorgan Chase commercial banking, which recently announced a $75 million commitment to MDIs and CDFIs. “As a leader in financial services, the firm has a responsibility to use our expertise to effect real change in our communities.” According to the Federal Deposit Insurance Corp.’s first quarter, the MDI listing highlights that Black-owned banks make up 20 of the 141 federally recognized MDIs. National Fair Housing

Alliance data unveils that Black borrowers are 62.5% more likely to be offered higher-cost loans than white borrowers — despite having similar credit ratings. Black-owned banks have collectively provided funding to customers for nearly a century.

“We serve the underbanked and underserved. We offer loans when others do not,” said Nicole A. Elam, Esq., president and CEO of National Bankers Association, a trade organization representing minority-owned banks. “An investment in Black-owned banks is literally an investment in helping close the racial wealth gap.”

She encourages the larger financial community to collaborate with MDIs to create mutually beneficial opportunities that generate revenue. JPMorgan Chase addresses the need through its Empowering Change program, a unique partnership that allows MDIs and diverse-led CDFIs to offer a new money market fund share class to institutional investors.

Google LLC anchored the program’s launch with a $500 million investment in the unique asset.

“Google is committed to helping create sustainable equity and economic opportunity for all,” said Juan Rajlin, vice president and treasurer at Google. “We know that racial equality is directly linked to economic opportunity and are proud to partner on the Empowering Change program, which will help create new business opportunities for minority institutions.”

Come one, come all

African American-owned OneUnited Bank, based in Boston, Massachusetts, participates in the program.

He added, “We already serve clients like Biogen [Inc.], PayPal [Holdings Inc.] and others. We’d love to service more deposits from corporate clients.”

With $1.9 trillion in assets, Wells Fargo pledged to inject $50 million into African American MDIs and CDFIs. It recently announced the fulfillment of its promise to infuse millions of dollars in equity capital with nonvoting positions into 13 Black-owned MDIs. The financial services company invested in the following institutions:

• The Harbor Bank of Maryland in Baltimore, Maryland

“Our industry is stronger when we work together, shepherding resources for underserved individuals and small businesses to create economic opportunities that will strengthen the long-term success of communities,” said Jonathan Weiss, senior executive vice president and CEO of corporate and investment banking at Wells Fargo, during the initiative’s launch. “MDIs are a key part of the lending ecosystem for underserved communities, playing an important role in neighborhood revitalization, and we look forward to helping African American MDIs grow, serve their communities and expand their sphere of influence by providing capital, connections and expertise.”

Optus Bank — an MDI founded by African Americans in Columbia, South Carolina, a century ago — capitalized on the opportunity.

“The investment and support from Wells Fargo will allow us to substantially increase our impact on closing the racial wealth gap,” said Dominik Mjartan, president and CEO of Optus Bank, a recipient of $3 million. “We are grateful and committed to ensuring that this capital helps drive transformational wealth-building opportunities for our communities and customers.”

“Carver reinvests approximately 80 cents of each dollar on deposit into the community through programs that include access to capital, workforce development and financial education programs,” said Michael T. Pugh, president, CEO and board member of CFSB, one of the nation’s largest African and Caribbean American-managed banks, with just under $700 million in assets.

“Since the start of our fiscal year in April, we have provided more than $53 million in loans to customers in our community,” he continued. “This effort would not have been easily achieved without the support of partners like JPMorgan Chase, Wells Fargo, Bank of America [Corp.] and other investors that have supported Carver’s mission.”

“This infusion of capital will allow us to scale up our efforts to support small businesses, increase our mortgage lending and help refinance predatory lending products, which will result in significant cash flow enhancements for our most challenged communities,” said Alden J. McDonald Jr., president and CEO of New Orleans, Louisiana-based Liberty Bank & Trust, the largest Black-owned bank, with $765 million in assets.

These investment initiatives aim to strengthen diverse-led financial institutions and generate a multiplier effect that revitalizes communities and creates pathways to capital for more people.

Black Americans have historically contended with economic disparities and higher unemployment rates than their cultural counterparts. These factors impact the racial wealth gap.

Insights from the 2019 Survey of Consumer Finances revealed that the typical White family has eight times the wealth of a typical Black family and five times the wealth of the typical Hispanic family. According to Pew Research Center information, the impact of the coronavirus disproportionately impacted Blacks and Hispanics more severely than their White counterparts. The National Bankers Association and the two-dozen minority-owned banks it serves are working to eliminate the racial wealth gap.

“Minority banks have an unprecedented opportunity to grow and level the economic playing field for minorities and women. In this transformational era, we want to expand access to capital to drive inclusive economic recovery and help NBA member banks better leverage technology to achieve an economic multiplier effect,” said Nicole A. Elam, NBA’s president and CEO.

• Hire Black banks: “Make us a part of your financial service supply chain. Involve us in your transactions that will create revenue and fee generation opportunities.”

• Support Black banks: “You can financially support through grants and funds that support MDIs.”

• Invest in Black banks: “Deposits are great. But we need capital through direct equity investments into MDIs. Capital helps us create the 10-to-1 multiplier effect for our customers and community.”

To learn more about how NBA-member institutions are working to eliminate the racial wealth gap, visit nationalbankers.org.

As a managing director in the Financial Institutions Groups for JPMorgan Chase & Co. Commercial Banking, Andrew Guida has dedicated his career to serving U.S. banks. His team is responsible for community and regional banks, thrifts and other financial services clients throughout the country.

“There is no one-size-fits-all approach to investing in [MDIs],” said the veteran commercial banker.

1.  Drive community impact: “MDIs play a vital role in assisting minority and underserved communities. They are resources for improving the economic viability of our communities. For example, MDIs make a sizable percentage of mortgages and small-business loans to disadvantaged communities. The closer an MDI is to the needs and pulse of its community, the better.”

2.  Have stellar management teams: “We’re investing in MDIs and community development financial institutions because we’re impressed by the work they do every day to advance our communities. Like any other investment, you must be confident in the leadership team. The MDIs we’ve worked with to date all have forward-thinking management teams dedicated to driving change in our communities.”

3.  Have a track record of success: “In general, MDIs are mission-driven banks that have been delivering solutions to their communities for decades and producing economic opportunities. We want to partner with those MDIs which have delivered on their commitments over time, allowing them to gain the trust and respect in our communities.”

4.  Be creative and flexible: “As smaller institutions, the management teams often play multiple roles, requiring them to operate with flexibility and creativity to adjust to their circumstances. Those qualities come in handy when working with a large institution like JPMorgan Chase and when helping clients find the best and most effective financial solutions.” 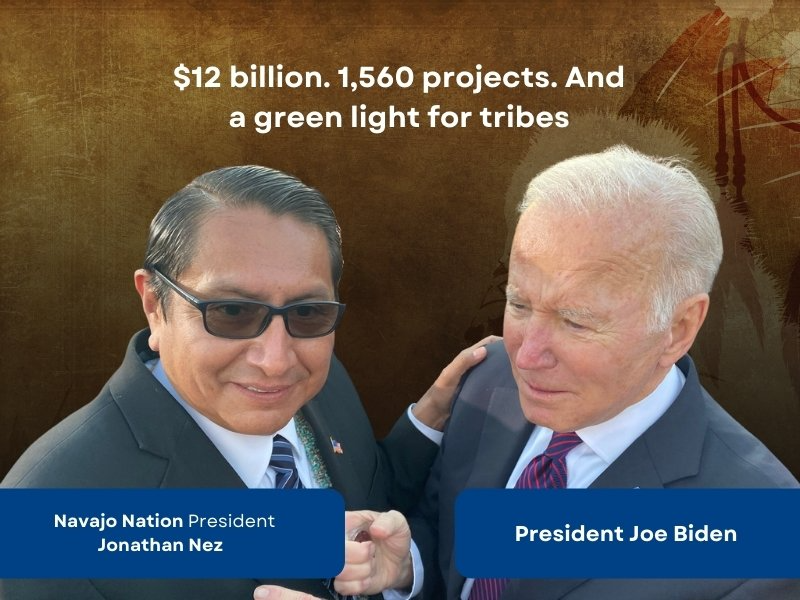 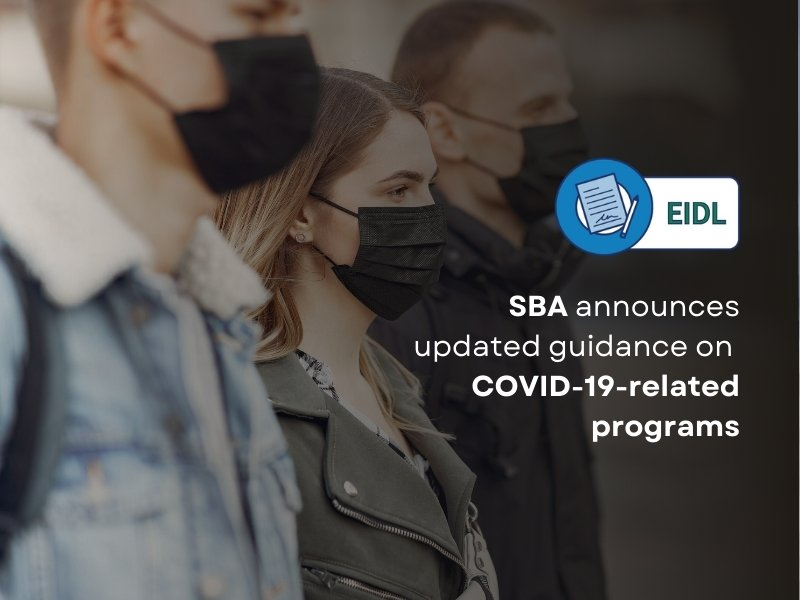 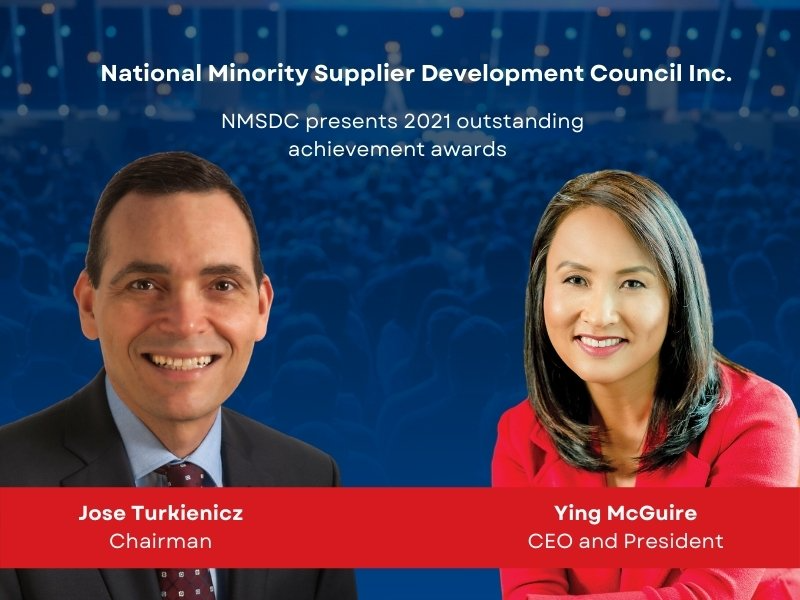