MBN USA was founded in 1988 when founder and CEO Don McKneely recognized the need for a news source to tell the powerful stories of MBEs and the corporations that support them. Since its inception, MBN USA has received numerous awards for its work in MBE supplier diversity development. These include being recognized by the U.S. Department of Commerce Small Business Administration (SBA) and being named the National Supplier of the Year by the National Minority Supplier Development Council (NMSDC). 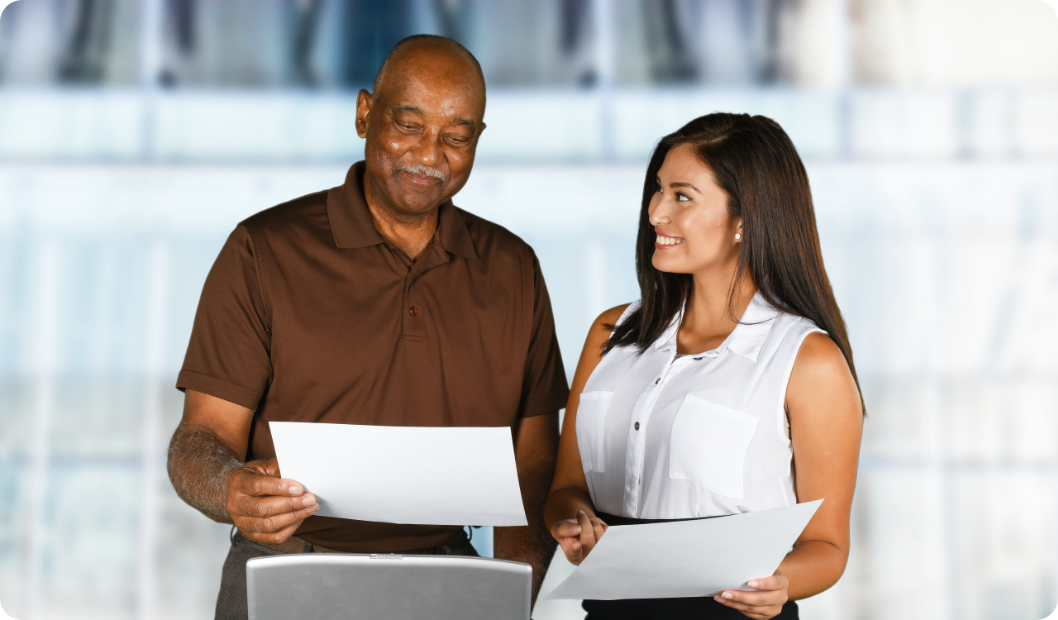 MBN USA showcases the commitment of America’s top corporations to diversity and inclusion.

MBN USA profiles top corporate supplier diversity programs and shares how they coordinate across lines of business and business functions to advance diversity in the supply chain.

MBN USA provides a platform for exploration of the business case for the inclusion of MBE suppliers.

MBN USA actively supports and promotes organizations that are allies in the empowerment of diverse business owners. 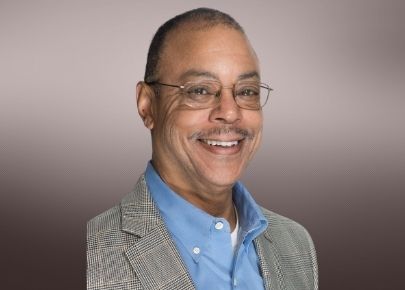 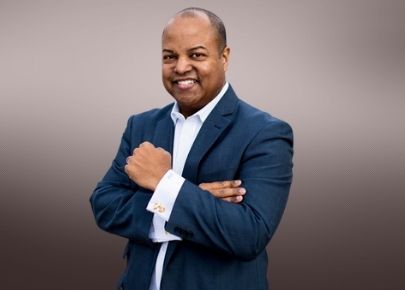 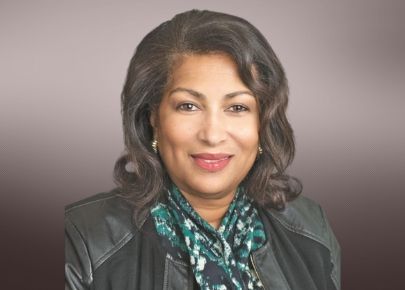 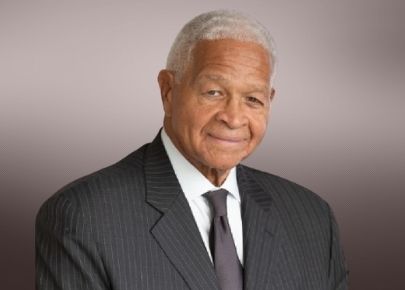 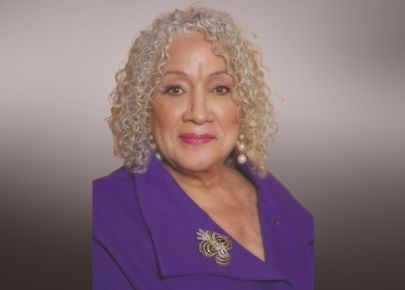 FORMER PRESIDENT AND CEO OF NMSDC 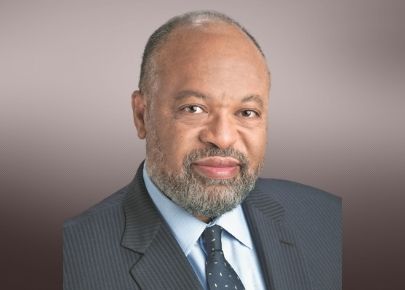 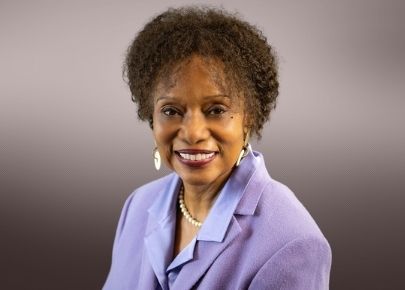 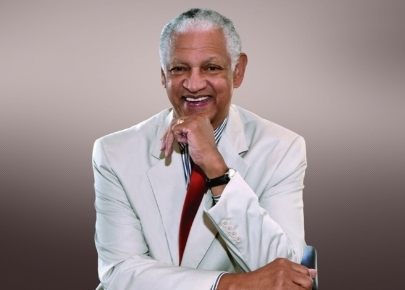 Dulan most recently was president of Bank of America Community Development Banking.  He began his career with a predecessor financial institution as a management trainee in Dallas, Texas. He was named an officer and vice president in the personal banking division in 1981. He went on to serve in various management positions with the financial services giant, including being named as Consumer Banking Executive for the Mid-South Region and president of Georgia Banking. Dulan also worked at KeyBank as Executive Vice President, Business Banking Head later in his career. Dulan earned a bachelor’s degree in business administration from the University of Oklahoma and an MBA from Southern Methodist University. He is also a graduate of the Consumer Bankers Association’s Executive Banking School. He is an active member of the community and has had board level affiliations that include many prominent organizations.

Green is a nationally known expert in procurement, supply chain management and supplier diversity. His 25-plus years of experience have made him an industry leader in small and medium-sized enterprise growth and development. As CEO of Supplier Success LLC, Green focuses on unlocking cash flow in the supply chain, delivering financial benefits to major corporations and their suppliers, with a particular focus on diverse businesses. Supplier Success offers a suite of corporate supplier finance tools and services, including supply chain finance and virtual credit card solutions, as well as various lending products for suppliers themselves. In addition to Supplier Success’ product offerings, Green offers consulting focused on private equity funding, diverse joint ventures and supplier diversity best practices. Prior to founding Supplier Success, Green served as the president and CEO of the Michigan Minority Supplier Development Council (MMSDC) for nine years.

Jennings-Johnson, before retiring from BP in late 2020, reported directly to the chief diversity officer and president of the BP Foundation.  She worked to maximize the inclusion of diverse business enterprises into BP’s supply chain. She is chairman of the board of directors for the Women’s Business Development Center in Chicago, Illinois, and is a former board member of the National Minority Supplier Development Council Inc. (NMSDC), Women’s Business Enterprise National Council and South Side Community Art Center. Jennings-Johnson was named "Best of the Decade" in supplier diversity by Minority Business News in 2018, and she led efforts in achieving top corporation recognitions from a number of organizations.

Lowry is a business icon, sought after speaker, teacher, mentor, strategic advisor and nationally recognized workforce and supplier diversity expert and pioneer. Lowry was the first African American consultant for global consulting firm McKinsey & Company in 1968. Later, he became the first African American senior partner at the prestigious Boston Consulting Group, where he led the firm’s workforce diversity, ethnic marketing minority business development consulting practice. Lowry continues to serve as a senior advisor to BCG, while heading his own private consulting firm, James H. Lowry & Associates. Lowry is the recipient of many iconic awards. He encapsulated his 30-plus years of experience in the field of minority business development in the book he co- authored in 2011, “Minority Business Success: Refocusing on the American Dream.” His new book is a game changer.  It is called “Change Agent: A Life Dedicated to Creating Wealth for Minorities.”

Michel retired as president and CEO of the National Minority Supplier Development Council (NMSDC) in 2010, after 22 years of service. She is now the principal of HR Michel, LLC, a business advisory firm providing services to small businesses, minority businesses and large corporations. NMSDC matches minority businesses with corporate procurement opportunities. During her NMSDC tenure, Michel built the organization to include 28 U.S. affiliate councils and 6 international affiliate councils in Australia, Brazil, Canada, China, South Africa and the United Kingdom.  Its membership included over 500 major corporations and more than 7,000 minority enterprises of all sizes.  At the time of her retirement, NMSDC’s corporate members were purchasing over $110 billion annually from minority suppliers.

Moore is recognized as one of the world’s foremost thought leaders in the area of supplier diversity and minority business development. After leaving Arthur Andersen & Co. in 1974, he joined a Chicago, Illinois-based Minority Enterprise Small Business Investment Corporation (MESBIC) made possible by President Richard Nixon’s Black Capitalism Program.  Inspired by the interaction with businessman Reginald F. Lewis and Maryland Congressman Parren Mitchell, Moore established RGMA in 1979. He was the lead trainer for the National Minority Supplier Development Council Inc. for 24 years, which has positioned RGMA to have trained more supplier diversity professionals than any other firm worldwide. Current and former RGMA clients include DuPont, Dow, United Airlines, McDonald’s, Walmart, Food Marketing Institute and Major League Baseball.

Patterson is president, CEO and co-founder of the Billion Dollar Roundtable Inc., an organization of major U.S. corporations that promotes supply-chain diversity through top-level forums and sharing of best practices, thought leadership and policy engagement. The organization’s corporate members, currently 28, each purchase more than $1 billion annually in goods and services from diverse suppliers on a Tier I basis in an effort to foster economic development. The group was established in 2001.  The organization has continued to grow under Patterson and its leaders and members.   In 2012, BDR published its first book, “Billion Dollar Roundtable: Best Practices in Supplier Diversity.” BDR was recently recognized as Organization of the Year by the Bridges Foundation and was inducted into the Minority Business Hall of Fame and Museum, a special honor. Patterson retired from Kraft Foods where she developed and implemented a supplier diversity program and strategic initiatives throughout the organization.

Don McKneely is a lifelong champion of diversity and inclusion. A veteran newspaper, magazine, and radio communications leader, Don McKneely is the founder, chairman, and CEO of TexCorp Communications, Inc., which publishes Minority Business News.

A diversity thought-leader, McKneely is the founding chairman of the Billion Dollar Roundtable, co-founder of Minority Business Hall of Fame and Museum, Inc., and the Beacon Diversity Council. He also sits on a variety of boards including the Dallas/Fort Worth Minority Business Development Council Executive Committee and the U.S. Pan Asian American Chamber of Commerce – Southwest Advisory Council.

McKneely's dedication to diversity has been recognized with numerous awards, including being inducted into the Minority Business Hall of Fame. The National Minority Supplier Development Council also named McKneely one of the 45 most influential people in the organization's 48-year history.